Technical Analysis of the Dollar against the Iraqi Dinar USD/IQD: a price increase – BestForexEasy Skip to content 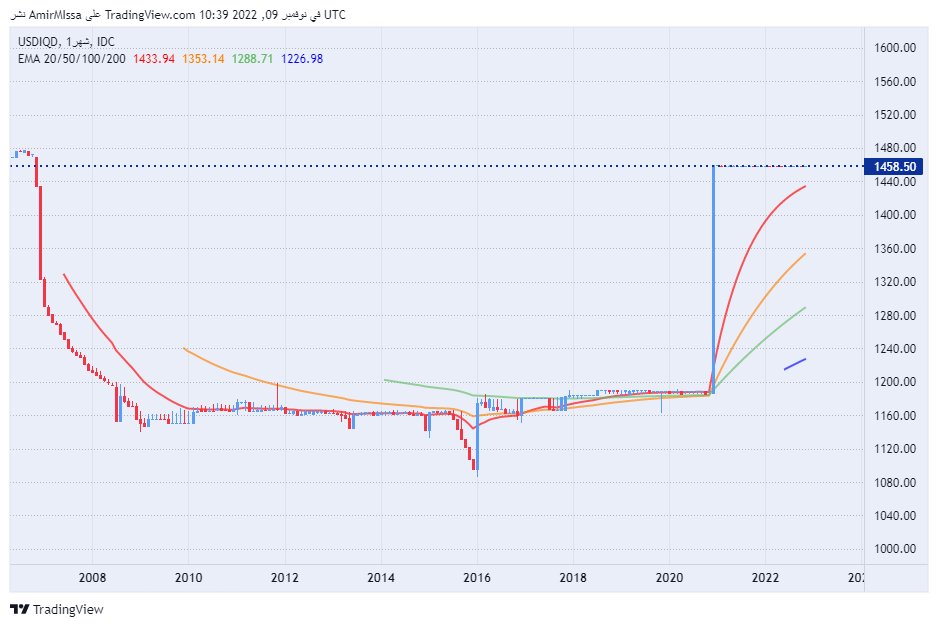 The Iraqi dinar exchange rate against the US dollar officially stabilized without movement during trading today, Wednesday, while the strong US currency declined during yesterday’s trading and during this month’s trading in general. The negative effects on the US dollar continued, starting with the statements of some members of the Federal Reserve on the possibility of reducing the interest rate, which were repeated despite the insistence of Jerome Powell, the Federal Reserve Chairman, to adhere to the tightening policy for a longer term. At the same time, polls on the results of the mid-term renewal of the House of Representatives and the Senate in the United States showed the progress of members of the Republican Party at the expense of the Democrats, which may hamper the performance of the Democratic Party’s legislative plans, and which makes the remaining period in the term of US President Joe Biden full of obstacles, especially regarding Spending legislation and the fight against inflation, which caused pressure on the dollar’s price globally, as it lost against major currencies and some stock indices in the United States, and even gold, which recorded its highest level in about five weeks.

On the other hand, the official Iraqi dinar price was not affected by the country’s central bank by the negative dollar movements, as the Iraqi dinar exchange rate against the US dollar stabilized at levels of 1458 hours of writing the report. This is amid economic repercussions that Iraq’s economy has witnessed for nearly a month, and some analysts described it as an economic stagnation that hits the markets as a result of the fluctuation of the Iraqi currency exchange rate, despite the announcement by the country’s central bank that the official dollar price is 1458, but the prices of the dinar in the parallel market recorded an increase in the price of the dinar against dollar Where the dollar is trading at approximately 1450 dinars, amid many reports that indicate a government tendency to return the dollar exchange rate to the levels before it was moved at the end of 2020, when it reached 1182 dinars per US dollar. Where the American currency was available in the parallel markets, in the hope that sellers would make a profit if the price of the dinar was restored to its previous era.

On the technical front, The dinar price stabilized against the US dollar during today’s early trading, as the pair continued trading above the 20, 50, 100 and 200 moving averages, respectively, in a sign of the general bullish trend that the pair is recording, as the pair trades below the resistance levels that are concentrated at 1478.