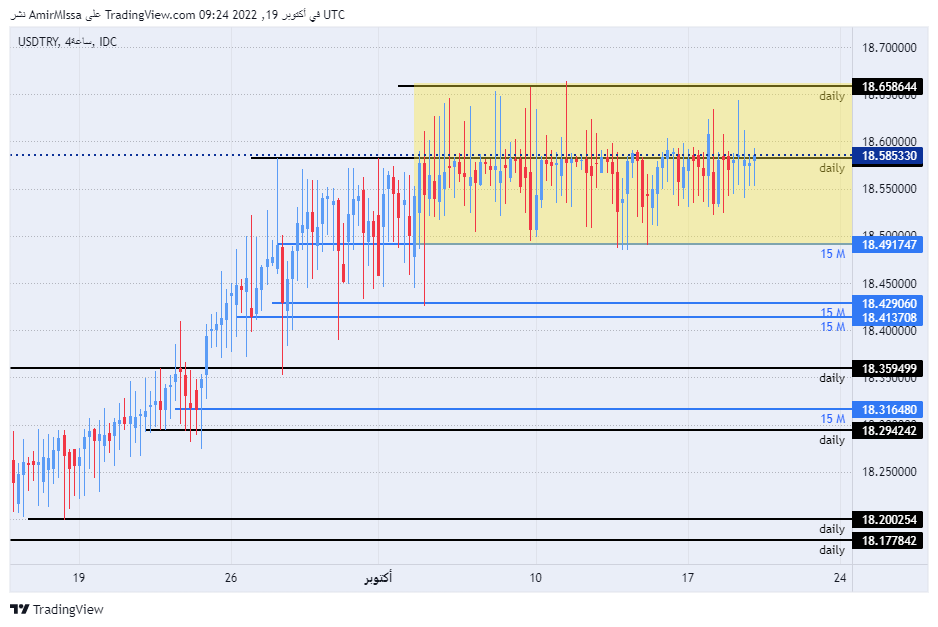 Today’s recommendation on the lira against the dollar

The price of the Turkish lira stabilized without changes during the early trading, to continue trading within the narrow range that has been going on for nearly three weeks. Investors followed reports that showed the country’s central bank taking steps to boost foreign currencies at local banks, as the country’s central bank raised the securities required for foreign exchange deposits by 2% to 5% as of this October, The bank also announced the possibility of adopting more measures aimed at boosting deposits in the local currency, as the Central Bank wants the percentage of deposits in pounds to not be less than 50 percent of the total deposits. These measures precede the interest decision expected to be issued tomorrow, as most estimates point to the possibility of the interest rate at 100 basis points for the third time in a row, in steps that contradict most monetary policies pursued by central banks around the world.

On a technical level The Turkish lira’s trading against the US currency stabilized with slight changes. The pair settled within a narrow trading range near its record high at 18.66 levels, which was recorded during the current month. In the meantime, the pair is trading above the 50, 100 and 200 moving averages on the daily time frame, indicating the general bullish trend, while the pair is trading between these averages on the four-hour time frame. Also on the 60-minute time frame, which shows the extent of volatility and trading in the narrow range that the pair is recording. The pair is trading the highest levels of support, which are concentrated at levels of 18.50 and 18.40, respectively. On the other hand, the lira is trading below the resistance levels at 18.65 and 18.99, respectively. Any drop for the pair represents an opportunity to buy back again with the aim of reaching the previous high recorded during the past year. Please adhere to the numbers in the recommendation with the need to maintain capital management.