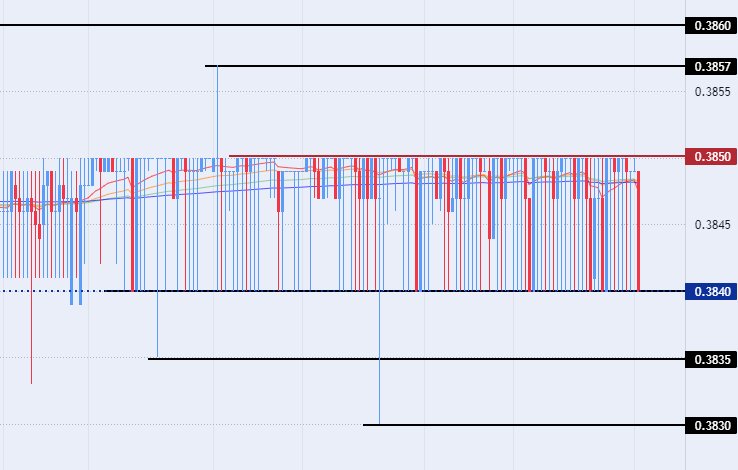 The exchange rate of the Omani riyal has stabilized against the US dollar, with the Sultanate of Oman keen to link the price of the Omani riyal to the American currency, globally. The price of the dollar has varied against major currencies during the current month, amid anticipation of the US inflation report, which is expected to be issued tomorrow, as any positive data will contribute to the decline of the dollar. On the contrary, any negative sign of rising inflation may show the need for greater tightening of fiscal policy in the United States, which may reflect positively on the price of the dollar. The Chairman of the Federal Reserve in the United States had made several identical statements to some other Fed members, in which he adhered to the policy of monetary tightening with the decision of further increases in interest rates.

On the other hand, investors followed a report from the World Bank on growth expectations in the Middle East, which includes economic growth forecasts for the Gulf countries. The World Bank report stated that the boom recorded by the economies of the Gulf region during the past year due to the rise in oil prices will be affected during the current year for several reasons, the most important of which is the impact on the economies of trading partners, as demand for crude is expected to decline. Regarding the World Bank’s expectations for economic growth in the Sultanate of Oman during the current and next years, the World Bank report stated that the economy is expected to grow by 3.9% during the current year, before declining to 2.4% in 2024. The bank’s report lists a number of reasons for the decline in growth. The most important of which is the global impact of the monetary tightening policy that most countries of the world have followed.

On the technical front, the price of the Omani riyal against the US dollar remained unchanged during the current month’s trading. The pair settled between the support levels at 0.3840 and the resistance levels at 0.3850, which the pair has been trading with for several months. The pair also traded between moving averages 20, 50, 100, and 200, respectively, on the month time frame, as well as on the week time frame and also on the day time frame, which is a sign of stability recorded by the pair in the long run. It is not expected that the price will move in the medium term if political changes or major events do not occur, as the Central Bank of Oman links the price of the riyal to the dollar as a factor of stability in the long term.