Urgent: a sudden reversal… a temporary stop to the collapse of Binance and a dramatic rise by Investing.com – BestForexEasy Skip to content 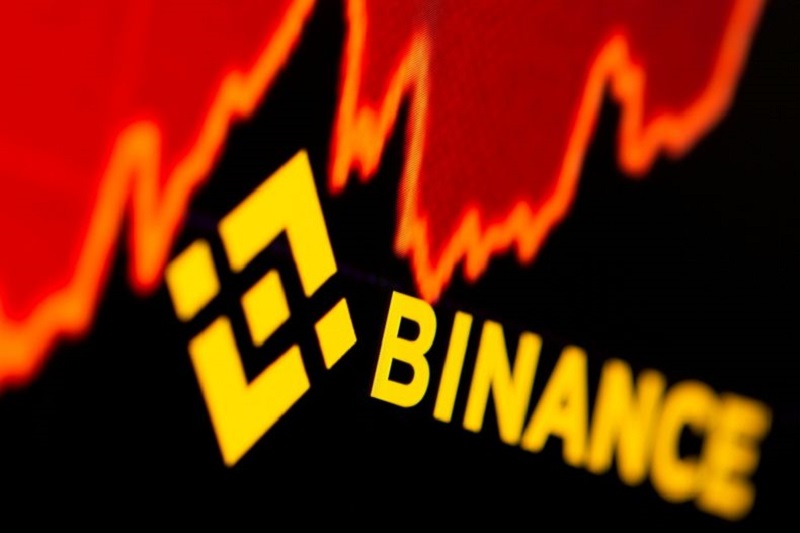 Investing.com – After the cryptocurrency market’s frightening news of the crisis in the world’s largest cryptocurrency exchange, Binance, it looks like the jitters are on their way to dissipating.

The Binance Coin symbol succeeded in stopping a violent series of losses, during which it lost nearly a quarter of its value, following the news of the imminent default that hit the currency market.

This comes after the recent drop in the coin’s price, as there is a growing sense of shorting the large token.

The recent news that the auditing firm Mazars is severing ties with an exchange seems to have a lingering effect on the BNB price.

Meanwhile, the general sentiment in the cryptocurrency market remains bearish after the Federal Reserve indicated that it will continue to raise interest rates in 2023.

The Binance symbol rose during the moments of writing the report, within the range of 5%, to come in second place, after the rises of the famous memecoin symbol, among the 100 largest digital currencies by market value.

The Binance Coin symbol is hovering near important support levels at 250, however, the coin has lost more than 15% in a week and 10% in a month while its market capitalization is $40 billion.

The Binance Coin quickly fell from $ 295 to $ 220 levels, with losses of about 25%, as news spread about the imminent failure of the largest platform in the world.

The community of traders believes that Binance is not fully transparent about the way it holds and stores user assets, as this has led to a sharp drop in the price of BNB.

Binance has faced a splatter of negative news in recent weeks, with negative news hitting the currency’s price after doubts regarding Proof of Reserves from Binance and the recent influx of withdrawals.

“We passed this extreme stress test because we operate a very simple business model — we hold assets in custody and generate revenue from transaction fees,” a Binance spokesperson said.

The world’s largest cryptocurrency exchange also faced questions this week about its ability to repay more than $2 billion linked to the FTX collapse, sparking a new crisis that further afflicts the cryptocurrency community.

As news of the default spread, BNB traders began opening huge short positions, and crypto expert Caesar said there were $118 million worth of shorts opened on the BNB token.

The crypto expert added that traders have started ramping up sales of the Binance token. This comes amid a steady decline in the price of the token in recent times

It comes amid the recent turmoil in the cryptocurrency market following the collapse of the FTX platform, as Binance released the Proof of Reserves report in partnership with audit firm Mazars Group.

However, while examining Proof of Reserves on Binance’s Bitcoin holdings, Mazars found that its Bitcoin reserves were collateralized on a single day in late November.

Moreover, the report was later removed from Mazar’s official website, and they also temporarily suspended relations with several crypto companies, including Binance.

BNB price gave a decisive breakdown from the multi-month support of $250-260, after losing this crucial support, the coin price is preparing to resume the prevailing downside according to market experts.

The slope of the daily RSI has entered the oversold territory.

Rest before the storm

Over the past 4 years, Binance coin price had enough support from the $250-260 accumulation area that multiple reversals from this support indicated that buyers were aggressively defending this level.

However, amid the recent decline in BNB price, the sellers gave a massive breakdown from the $250 to $260 support. The breakdown should accelerate the underlying bearish momentum and prepare prices for a deeper correction.

Observers believe that with the rise of the current symbol, this current jump in the price may be a secondary retest stage, which must reconsider the breached resistance level.

If the altcoin shows sustainability below the $250 mark, a post-retest decline could send the price down by 19% to reach the $190 level, on the contrary, the $215 horizontal level stands as a huge support where buyers can take control of the trend.

RSI: This indicator reflects the strength of the recent price action, and it is currently oscillating in the oversold territory. An RSI value of 28% reflects that traders have overextended selling activity, which increases the probability of a price rally to $250.

Exponential Moving Averages: Sideways EMAs (20, 50, 100, and 200) indicate that the sellers own the current price action.